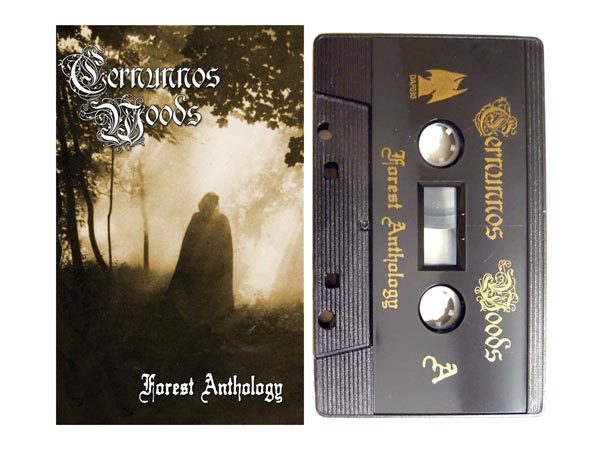 The long sold out “Forest Anthology” compilation of early Cernunnos Woods material will see a reissue on cassette tape in Spring / Summer of 2019! Limitation will be based upon the number of pre-orders received.

A live dungeon synth ritual from Sombre Arcane featuring Return from Dragonspear on their s/t CD release out soon on Dark Age Productions. 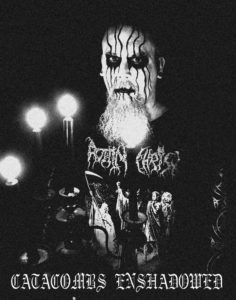 Dark Age Productions is very proud to announce a distribution agreement with Code7 / Plastichead (PHD) for dissemination of our CD releases to independent record shops and mail orders in the UK and Europe. Our first releases should begin appearing in the cool record stores in June. If you don’t see them on the shelf of your favorite shop ask for them and be sure to buy them at the shop – to support your local businesses and ensure they stock the new DAP releases for you without having to ask.

We hope to try and fill a small part of the void left when Cold Meat Industry closed the doors of their slaughterhouse. Spreading a new pandemic of high quality dark ambient, dungeon synth and electronic mayhem as far as possible – by any means necessary.

Distributors worldwide are invited to Contact Us for details on inoculation procedures. 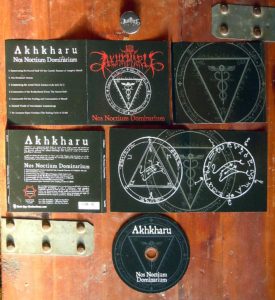 AKHKHARU – Nos Noctium Dominarium is out now on CD for the first time! Ships with an exclusive Akhkharu logo pin.

DROCHTUARACH – Vespers of Prideful Scorn Cassettes have arrived and are ready to travel to your gray castle. Each copy comes with an exclusive pin badge. 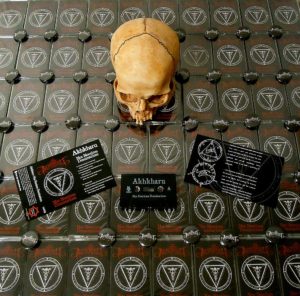 The AKHKHARU – Nos Noctium Dominarium cassettes are in and will begin shipping on April 7th with an exclusive logo pin.

Distros get in touch for wholesale rates or with interesting trades.

The 21st anniversary reissue of Akhkharu – Nos Noctium Dominarium is available now for download and pre-orders for the limited edition Cassette and CD version have been opened. Be sure not to miss out!

Dark Age Productions is proud to announce the signing of VAETTUR. The debut album Einbúinn is in its entirety inspired by Icelandic nature and folklore. The compositions mirror the dramatic landscapes of the volcanic island; shifting from dim and bleak to majestic and imposing.

Both the CD and cassette editions of Einbúinn, to be released on Dark Age Productions in 2017 will contain the exclusive and particularly extensive bonus track Sólhvörf.